The opportunity that becomes a offense.

Once upon a time: I had the opportunity to sit in a training with a group of other people. This training was one of those that-while it had to do with my job-really doesn’t offer practical every day chances to engage it (or does it?)  Still, If its important to my superiors, shouldn’t it be important to me, regardless of my assumed relevance? The same people who made the decision to provide this training also made the decision that I was (at one time) the best person for the job. Why would I doubt their decision making now? Hmm...

So I pull out my notepad and prepare to take anything from this speaker that I could put in my tool belt. As the speaker began to equip me for success, between dribbling down as much gold as I could, I looked up and around the room for some sort of confirmation that the information was as good as I thought it was. What greeted me? A few people also taking notes but what alarmed me was a few ‘glazed over eyes’ looking past the speaker and at some imaginary spot on the wall behind him. I thought to myself “They just tuned out for a second, they will surly reengage in a second.” After several more points, and several more minutes, I saw these same glaze. One that continued throughout the presentation.

What were they thinking?

Perception is the known facts and then imagination filling in the blanks. So my mind started filling in the blanks for them: “Why am I here?”, “Couldn’t this been a little later?”, “Don’t they know how many hours I work?”, “Does this guy do that to his hair on purpose?”. What I was pretty sure they were NOT thinking was this: “This is going to be awesome.”, “Slow start but it’s about to get real.”, “I’m up, I’m ready, bring it on and set me up for success.”.

Now, after time has passed the person is not as much a concern for me now as the lingering attitude. One that, I am sure, was years in the conditioning. One that I am sure to encounter in the future. It is these attitudes that really concern me. Can they be fixed?

Here we have people mere feet from the boss, the one who invited this person in to share, the one who hires, fires, promotes, demotes and will later either tell others of our good work or maybe never speak of us again. Do these attitude holders not think the boss is watching them? Do they not care? Do they think they know everything the speaker is saying? Do they think this is useless information (For the record: any information that we refuse to use, is useless information)?

Can this attitude be fixed? Why was mine different? While I am not wanting to be on a pedestal, I think the answer is: the box. Mine is opened. theirs was more than likely, closed. See, I have a pretty big tool box in my garage. And it is full of tools. Some I may never need and less than relevant in my typical environment. But if and when I ever would need that tool, I have it. It may need some cleaning or greasing to get it to work, but it is there because I was willing to put it there and keep it there. 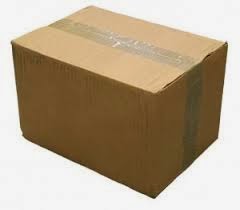 All this to say: An open box will always be more desirable than a closed one. Can a close one be opened? Yes, but each one is different and has to be willing to be opened.

My box isn’t perfect and the tools there will always be limited by my knowledge and use of them. But I will keep it open, I will learn as much as possible from anyone willing to put a little something into it and I will always be willing to share it.

So the next time you find yourself in a mandatory offense, ask yourself: is there an opportunity here? Are there any tools here that I can collect? And if all else fails and you decide to keep your box closed and taped up, at least learn to fake it! Act like you care and that just might hold your paycheck for a few months more. 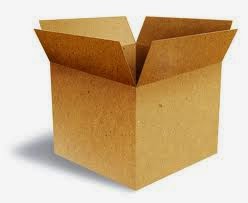 By the way, with a little time, I could deliver this guys presentation if I was asked to (not as good as him of corse). Not because I am smart, but because I am open and willing. Are you?

Out-of-the-box considering is leading producers to develop and use supplies with less or no thermoplastic content, including next-generation, plant-based supplies like corn- Goose Down Duvet Inserts and flax-based plastics. Micro-injection molding is one other rising course of that applies the mechanisms of injection molding at a microscopic scale. Injection molding is a popular manufacturing course of that makes it potential for product teams to shortly create large volumes of equivalent components with consistently high quality.