The street was only a few hundred yards from my house. I could go twice this distance in any other direction but I was not to cross the street. What was it about this one direction?

I know you are thinking this is stupid, that at my age I could get hit by a car. And you would be right.

Sometimes rules are made to protect us. Not to restrict us. Was I restricted? YES. Was I protected? YES! 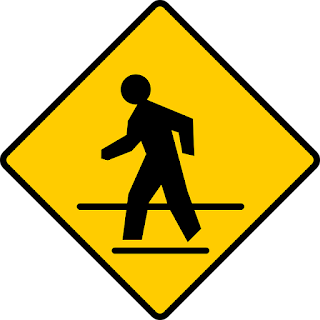 Over the past few months I have seen a lot of people posting out how ridiculous some of the rules of the Old Testament are (were). Things like eating pork or shellfish, others like wearing different woven clothes and even tattoos (marking the body), to name a few. But what if the rules were not as restricting as they are protecting? Maybe the rules are there to teach us something, maybe teach us about the heart of God?

What most people don’t know about these rules is that they came shortly after God introduced himself to an entire nation. A nation that had adopted rules, habits and customs from surrounding nations. These rules were set to establish Gods people with direction, protection and an insight into the very heart of God, rules to set His people apart. After all, wouldn’t a rule restricting a person to clothing of a single material teach us something about purity? One material would be pure-only one material-Like God, only one.
I really don’t think God cared much about their fashion but much about their loyalty. And to a people who was surrounded by nations who sold out to the latest greatest god with the most to offer, they needed to learn loyalty. To a nation that would one day hear that there is only ONE Son, ONE sacrifice and only ONE way to God, they needed to become a nation of loyalty.

The New Testament changes things. And when it comes to sin, this really is where we should be reading. In it we read that we all fail at the rules (sin) and that’s when the ONE Son came, lived, died and rose to pay the price for my sins and everyone else's.

So before we are quick to determine for ourselves what is and isn’t sin, knowing how much it hurts God and the price he paid for it, We might want to really dig in and see what He thinks sin is. After all, God gave His Son. Thats a pretty serious price for our sins. One we should take pretty serious.

Out of 27 books in the New Testament, the word repent is in them 66 times in 60 verses. Sounds like there might be a message here.

P.S. this is about our personal sins, not the sins of others! How we handle others can be a sin in itself if not done through the love others command!!!!
at 8:51 PM 3 comments: